By Instituto Diplomun
​November 14th and 15th, 2021.
THE CONFERENCE
It may seem impossible for many students to fit into competitive backgrounds on an academic scope. Likewise, the most renowned and competitive Model UN conference in the world, Harvard Model United Nations (HMUN), presents proportional challenges for the more than 4000 yearly enrolled students. In this wave, Instituto Diplomun, the most awarded Brazilian institution in such event, has been preparing students to perfect their diplomatic and communicative abilities to reach the top at HMUN since April, providing them with countless international opportunities to test their progress and practice what they have been learning. Nowadays, we are nearly three months from our departure to Boston, yet there is much to do, and the next step we proudly establish for this journey is the attendance at MiniMUN!

Split into a single committee, students will be able to experience the chaotic atmosphere of a General Assembly (GA) committee, the DISEC, and densely interact with a myriad of delegates from many countries and at the highest level of MUN working quality, precisely simulating what is yet to come at Harvard MUN. Furthermore, the conference will be organized by individuals with years of experience at Harvard MUN, award-winning participants from past HMUN conferences, and assistant directors from other editions of Harvard MUN, ensuring a experience of excellence. 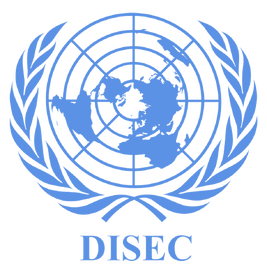 Disarmament and International Security Committee (DISEC): The New Holy War - Threats of Jihadist Terrorism
“Terrorist or hero, it depends on which side the warrior is. For his people, he is a hero; for the enemy, he is a terrorist.”

The discussion of terrorism is perhaps the most significant clash of the 21st century; it is a recurring international agenda and, until this moment, one without solutions.

​Terrorism is classified as the way to impose the will by the systematic use of terror. Despite this, many governments use such a classification to distort legitimate movements and suppress popular demonstrations. However, real terrorism is very present in the world. Explosions, attacks, and shootings are a constant fear in many places around the planet. Nevertheless, in some countries, this is becoming common, and getting even more out of the light of the international media.

The Jihadist movement is possibly the most complex global issue in the last half-century. It has caused thousands of deaths and is responsible for some of the most heinous terrorist attacks in human history. Recently, the return of Islamic attacks has been worrying the nations of the world, who fear the spread of terror to their respective territories. Furthermore, in addition to international attacks, jihadist groups proliferate within national regions and gain more and more control, as is the case with the Taliban in Afghanistan.

One specific organ of the United Nations is called upon to solve this problem: the Disarmament and International Security Committee (DISEC).

In this light, a DISEC meeting was called, and it is up to you delegates to bring viable and efficient solutions to stop the aforementioned wave of hate and violence, end the new holy war and save lives.

The Background Guide, Guide to Delegate Preparation and Country Assignments will be released on November 1st.
Schedule (GMT-3):